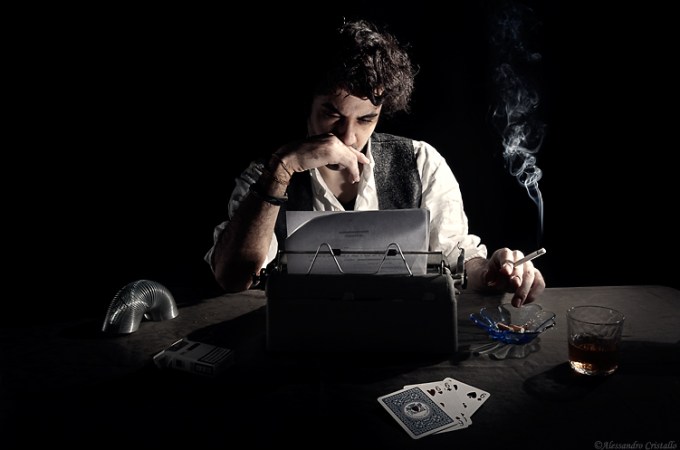 How Many Editors Does it Take to Edit a Book? July 15, 2014Featured, Getting Started, Reflections0 Comments

In a perfect world, your self-published novel should be edited by a story editor, a line editor, a copyeditor, and a proofreader.

Depending on your budget and the condition of your manuscript, you may be able to trim one or two steps from this process. But do so at your peril. Editing is about quality control. Publishing a partially-edited manuscript will not win you the audience you crave, and may even discourage readers from sampling your future work.

You’ve got a completed manuscript, sure. But is it full of plot holes, unnecessary or unconnected characters, an unsatisfactory ending, or worse, an opening hook that fails to, well, hook?

Before you hand over your hard-earned dosh to a line editor, or worse, a proofreader, take a step back. You need perspective. A professional story editor who understands the mechanics of good storytelling can take your manuscript to the next level.

At this stage, an edit will usually take the form of an editorial letter. The editor will identify the strengths and weaknesses of your manuscript and make suggestions for changes.

The key point to a story edit is perspective. If you’re on a budget, you could also use beta readers to achieve the same goal, or simply stash the book way in your drawer or on a DVD somewhere and let it go cold. The goal here being to see your story through others’ eyes, or at least through your own at a later date.

Neither option, as a rule, however, will be as effective as a story edit by an experienced editor.

This is the sine qua non of editing. If you only pay for one edit (an act of willful negligence we strongly discourage), this is it.

Come line edit, the time for second-guessing is over. A line editor may, for instance, suggest re-ordering scenes for maximum impact, or putting flashbacks in chronological order, but in general a line editor will concern themselves with your use of language.

Are you repeating yourself at the line level, paragraph level, or even chapter level? Are you overusing adverbs? Are some of your sentences clunky? Is the dialogue unclear?

Even the best writers in the world depend on line editors to trim their wordy prose down to a lean, mean, storytelling machine.

Note: this step is not optional. However, the less work your line editor has to do, the less it will cost you, and the better your book will be. Consider buying, reading (and memorizing!) Self-Editing for Fiction Writers. No self-respecting author should pay a line editor until they’ve done a self-edit first.

You’ve taken the time to digest your story editor’s notes and rewritten your book. You worked through your line editor’s suggestions and rewritten again. You’re ready to publish.

It’s time for a polish.

At this point in time you’re thinking, “I need a proofreader. Right?”

Well, if you’re eating tuna fish and crackers for dinner, then maybe that’s a wise choice. But if you’re looking to publish the best possible book, consider employing both a copyeditor and a proofreader.

They are not the same thing.

Remember that line edit you just paid for? You rewrote your book after that, right? No chance *new* errors were introduced, hmmm?

A copyeditor’s job is to check your manuscript for questions of usage, style, punctuation and grammar. Do you prefer the serial or non-serial comma? Are you using American or British spelling? Is your damsel in distress called Cheryl, Sherryl, Cherryl, or Sherrill?

If consistency is the hobgoblin of little minds, as Shaw put it, then copyeditors have very little minds indeed. (And good for them, I say!)

Your copyeditor will also look for continuity issues—did Detective Jack Flynn fire seven shots in his six-shot revolver? Did he then close the door twice before slapping the blonde who (without warning) turns into a brunette?

Copyeditors aren’t there to line edit your book. But they *will* save your ass from the million different ways you can embarrass yourself without realizing. Any reader worth their salt will put down a book filled with bloopers. A self-published book that fails at this stage, fails, period.

Originally, proofreaders “read proof”—that is, they reviewed the final printed manuscript after the text had been set. Their job was to look for mis-set type, spelling errors, punctuation mistakes, and the like. A proofreader follows the style guide set by your copyeditor.

The days of manually-set type are long gone, of course, but proofreaders still fulfill a valuable role.

They are your last line of defense before you go live.

Consider that the majority of your readers will read your book as an ebook, probably on their Kindle. Aside from catching anything your copyeditor missed, your proofreader should also review your final Kindle file looking for formatting mistakes. Who has never spotted random bugs in a Kindle ebook?

If you decide to put out a print edition of your book, a proofreader can also make sure your book conforms to correct typesetting principles—no more than two or three “laddered” hyphens in a row (depending on your style guide), consistent layout, appropriate use of drop caps, etc. Even the best of typesetters can make mistakes…although at this point you may be so exhausted from the editing process that you decide to proof your print edition yourself. Considering how few print editions most authors sell, we can’t say we blame you, either.

Great writers tend to be humble people. They boom their “voice of God” out into the world with a confidence most lack. But at the end of the day, they know that great writing means rewriting. Rewriting demands perspective—a clarity few possess without the aid of an equally great editor.

Look for an editor who gives you the perspective you need, and not the flattery your ego craves. How well you respond to that perspective is up to you.