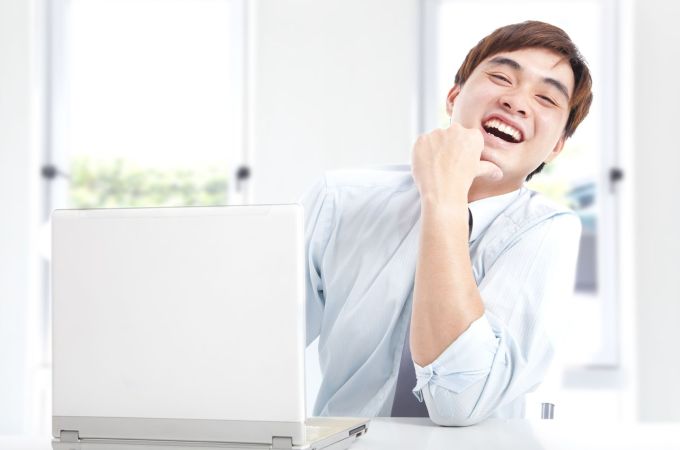 How to make an Epub3 ebook (or is there really any such thing?) June 7, 2014Ebook Design0 Comments

Recently I’ve been trying to figure out how to get Chinese language ebooks into the iBookstore – everyone is saying I need to use epub 3.0 format.

“That shouldn’t be too hard,” I think.

But after days of research…

This is all pretty strange, because if you search for “epub 3” everybody seems to be saying that it’s the next big thing; that it’s going to completely revolutionize books and reading, that all big ebook stores are embracing epub3 technology, that normal epubs (epub 2) are old and outdated and boring.

Dig a little further, and you’ll see that all those articles are from around 2011 – 3 years ago – and that nobody’s talking about epub3 anymore, at all (except, for example, when they tell you a Chinese ebook needs to be epub3 to be included in the iBookstore).

WTF is going on?

Epub 3, Matt claims, is “more than just bug fixes and tweaks from the last version; it represents a major change in what an ebook can be. It’s a whole new beast, you might say.”

Why the need for a new kind of epub? Basically, way back in 2010, epubs could only handle text, and some people wanted to add video or audio or other cool features into their epub book. So the capabilities of epub need to be expanded.

“While epub 2 was, to use a common euphemism, good for its time, that time, dominated by the initial thrust of reproducing the static print page in electronic form, has passed…” (Matt Garish)

In 2011, Matt envisioned a future where reading would become a full multimedia experience, and that the capabilities of Epub3 would change how we want to interact with our books:

“It’s going to be fun to watch the development of scripted ebooks. The static print mentality has largely ruled ebook development, so it’s a bit like the dawn of a new age. Scripting will no doubt first take hold in commonplace ways, such as for the automation of canvas tags to embed interactive demos or games or to include calculators and the like. Dynamic test booklets that can grab questions from a remove server or give you on-the-spot results of an included test might be getting a little more imaginative. But it’s impossible to predict the innovative ways people will find to use this functionality; creative authors will no doubt find ways to improve on the traditional novel itself.”

There are a few reasons none of this played out like Matt predicted.

On the one hand, “epub3” allowed publishers to make some pretty cool children’s books, with features like images that move when you touch them, or audio that syncs with what you’re reading by highlighting the text at the same time.

But for most other stuff, epub just isn’t the right way to go, when you could make an ipad app that’s much better. Although some magazine publishers are using epub3 capabilities for their online publications, anything more robust is using apps.

And 99% of the books being published today continue using simple epub features. We can already add images and links; while we could add in video or audio, we don’t because it isn’t necessary, and it isn’t easy. In other words, for most authors and readers, it isn’t wanted and it isn’t missed. We don’t want something to take us out of the story, we just want to read the book.

But what exactly IS epub3? What does it mean?

Unlike MS Word, which actually updated its software so much that it had to differentiate between .doc and .docx, epub 3 isn’t a file format. So when everybody talks about epubs (2 or 3) they are talking about the .epub file format.

“Epub 3.0” is kind of like “Web 3.0” – the difference between web 2.0 and web 3.0 is that it uses different tools, has different resources and abilities, and people are using it in different ways. But it’s still the internet – we don’t distinguish between them because it’s really the same thing, just newer. The old Web 2.0 works just the same, and new Web 3.0 platforms have different features and design styles, but they’re all just blogs and websites.

Likewise, epub keeps working – it’s just that it now has more ability to add in extra stuff if you want to; and because of that increased ability, ebook publisher and ebook devices had to make sure they updated their compatibility so that they were able to make all that stuff work the way it is supposed to.

So that’s partly why we don’t hear anything about epub 3 any more – it’s all just epub, but if you want to get technical and ask about some specific features like adding in a video or a quiz, you’re talking about epub 3 functionality.

A few days ago, still not understanding epub 3 but knowing it was related to HTML5 somehow, I posted a project on Elance asking for someone to help me make an HTML5 online editor that could convert or save as epub3.

Now I realize how ridiculous that is, and why nobody bid.

It’s kind of like saying I want to build a tool that can crank out superheroes. Coders will say, OK…but, what kind of superpowers do your superheroes need? Do you want them to fly? Be super strong? See through walls, become invisible, heal quickly, move really fast? Leap tall buildings? Throw lightning bolts? Those are different functions.

You’d have to list them all out before you could make a tool that “converts” a normal person to a superhero (and it still wouldn’t work, because you wouldn’t want all the heroes to have exactly the same powers). So developers can make you one specific ebook with Epub 3 capabilities, but they can’t make a miracle, master tool for actually making epub3 ebooks, because epub3 is about the capability, not the actual file.

Any developer would need to know exactly what you want to include in your “epub3” (basically, they’re just making an epub file and adding in special features). So making a “Word to Epub3” conversion tool, or “Saving as Epub3” doesn’t make any sense. If you just have a normal book file, it’s just an Epub.

That’s why there are tons of tons and resources and how to articles about epub (which is specific file format) but not epub 3.0 (which could refer to a whole bunch of very different extra features integrated into your epub file).

Back to Chinese ebooks

So for English books, epub is more than fine. Tools like Sigil and Calibre are all you need. There are a whole bunch of cool ways to make epubs, like Tablio.io or Pressbooks. I think I’ll make another one soon. So what’s the deal with Chinese language books? Chinese is traditionally read from top to bottom, the lines run vertical down the page.

So to do it “right” and have ebooks formatted that way, you can’t use a simple tool like Sigil or Calibre – you can only use InDesign to format your book and them as it so the text runs top to bottom – because that’s a special, extra feature, it’s part of what’s called epub3.

Which is why iBooks says it needs Chinese books to be epub3.

According to Matt Garish,

“Amazon’s Mobi format is fine, for example, if you only want to publish romance languages, but what are you going to do when you have to render a book’s writing vertically? What are you going to do if you audience reads from right to left and bottom to top? They can just learn to read the way we do, right? (Let’s hope the silliness of that statement is abundantly obvious!”

That paragraph made me laugh out loud, because actually, that’s exactly what has happened.

Although most printed books are still printed top to bottom, Chinese readers have gotten used to reading Chinese characters from left to right (just like English) because that’s the standard format for all websites and webpages.

And for the vast majority of Chinese ebooks (self-publishing isn’t big yet, so these are the ebooks published by mainstream publishers) the text is also left to right. Which means, they aren’t using epub3.

Today I did a few tests and found out that:

1. I can use Sigil and Calibre to format ebooks with Chinese characters, and they validate with zero errors.

2. I can open them with Kindle and even iBooks (drag into iTunes, sync with iPhone ibooks).

3. Everything looks great and displays fine. 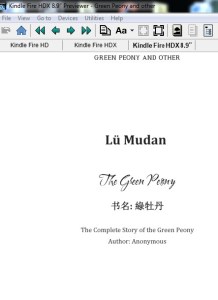 So at this point, I’m pretty sure Apple is confused on the issue. Their canned response (assuming Chinese books need to be read top to bottom) is that such books must be epub3 to get into the ibookstore.

But since I now know Kindle and iBooks have no problem displaying Chinese epubs (formatted left to right), my guess is I can use Smashwords or another distribution site to distribute them as I normally do ebooks, and they will show up in the bookstores for sale and people will start buying them.

In other words, Apple’s Chinese epub functionality is better than they think it is, and the answers they are giving out are wrong, which may be why nobody is self-publishing ebooks yet in Chinese (that’s why we’re launching www.poqom.com).

People hear “it has to be epub 3.0” but then can’t figure out what epub 3.0 actually is or how to make one, and their publishing dreams die. Still testing, but if my test files get approved and show up on iBookstore, I’ve basically solved the problem for a billion hopeful authors and can set up online tools to help them make ebooks and publish them.