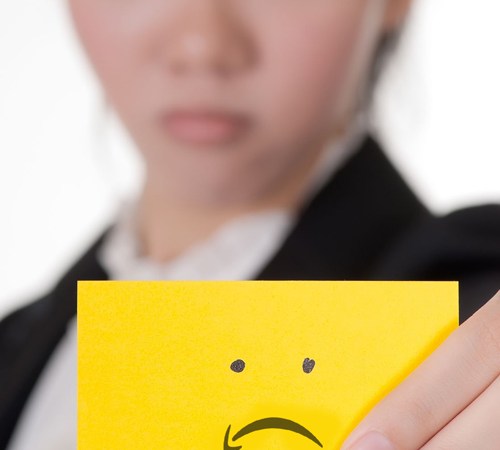 Why are Apple and Amazon so racist? (How to publish Chinese language ebooks) May 25, 2014Ebook Design0 Comments

I’m setting up a new self-publishing site for Chinese language writers. It’ll be like Smashwords but in Chinese. Apart from the general issues of setting up a membership site where people can sign up, login and upload their files, I need to make sure Chinese language ebooks can be formatted in a way that they display correctly once sent to online bookstores.

That seemed easy enough, in theory.

Chinese readers are pretty used to technology (at least younger ones). They have websites and smart phones and chat applications.

But if you look through the ibooks store or Amazon, there are literally a handful of ebooks in traditional Chinese characters.

On the one hand this is why I know there’s such a vast opportunity for somebody to come along and offer conversion and distribution.

On the other hand, if it’s easy, why aren’t people doing it already?

Here’s the issue: traditional Chinese books are written top to bottom, as most print books continue to be.

To make a “real” Chinese ebook, you’d have to layout the book in InDesign and convert to a special ebook that also runs top to bottom – but that functionality is an advanced feature referred to as part of “epub3” capabilities, and although Apple says they accept epub3, it isn’t easy – so the only people publishing Chinese ebooks are mainstream publishers, using books they’ve already got in print.

But in Taiwan (and I assume in China as well as other Asian countries) there are over a dozen different ebooks stores that have their own websites and app platforms, so users can buy and start reading.

The funny thing is, even though Apple says Chinese ebooks have to be in epub3, Chinese readers have gotten used to reading Chinese characters horizontally – as they do for all Chinese websites. Which means, they aren’t using epub3.

With all this in mind, I started doing some testing.

I used Calibre to convert some Word documents, and Sigil to clean them up. I also tested using Jutoh, and Pressbooks, which made some issues simpler.

My Chinese language epubs validated with no errors. I made a simple cover. I dragged the epub file into my iTunes, and after syncing with my iphone, it showed up in my iBooks app. Everything displays perfectly, beautifully.

I sent the .mobi to my Kindle account and it appeared on my Kindle device in seconds. A flawless reading experience, again. 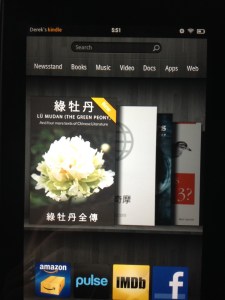 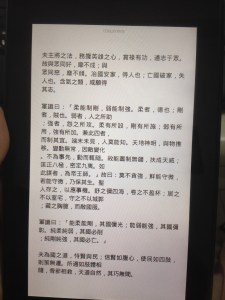 I could even embed special fonts if I wanted to, to improve the style and use some ‘inkbrush’ style characters. 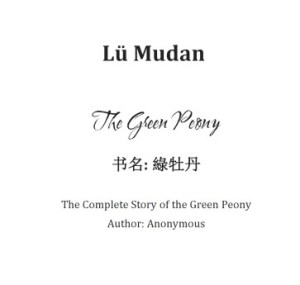 How to make a Chinese Ebook

Making a Chinese ebook that will display on all epub readers is just like making an English ebook.

Take a Word Document. Strip out all the tabs, and set the line spacing to indent paragraphs. Remove the indent from the first paragraph of each section, highlight that paragraph and right click to save as a new quick style. Use that style for all first paragraph styles.

Set the first chapter heading/title using the “H1” style; then change the style as you like it and right click to “update h1 style to match.”

Then use that style for all chapter titles. You can do the same for a subtitle style.

You can also bold the very first character of the sentence and make it a few sizes larger if you want (this is also common with English Ebooks, it’s easier than a drop cap but has the same purpose).

In general, though, nobody cares about anything except that the text is readable. Keep it simple. Keep it functional.

Don’t worry about body font styles, line height or fonts – that stuff will be automatic and dynamic, allowing users to change it according to their own preferences. 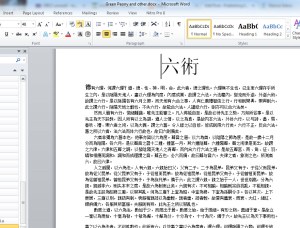 Once your Word document is ready, you can use Calibre to convert quickly (or my free automatic ebook converter).

Calibre is fast but doesn’t let you make changes easily ( but if you set your Word file up right, everything should look the same).

Sigil is more hands on, and lets you edit the code easily, but can be scary if you’re not used to html code and css. Sigil can edit epubs only, not make them from a Word document.

If you want to do more (embed fonts, change indents on first paragraphs, etc) Jutoh is probably your best bet. Personally I like adding fonts and styling ebooks, but keep in mind it may limit the functionality on some ebook readers, which is why most publishers keep things extremely simple and don’t worry about the little details.

Of course you’ll need to be using fonts that are made for Chinese characters.

But not easy to publish them…

Since Chinese is the most commonly spoken language in the world, you’d think publishing companies would give a shit about letting them publish books in their own language.

Kindle Direct Publishing has a bunch of  bizarre language options for publishing ebooks to Kindle – even Japanese, but no option for Chinese language ebooks (in contrast, only about 100 people speak Manx, and I doubt many of them have Kindles). 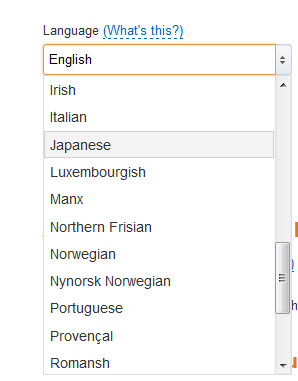 But if I set the language as English, my book appears on Amazon for sale (Tadaa!).

But that’s a hack, not a long-term solution, and I’m sure Amazon will flag it or take it down eventually.

I tried using Smashwords but the meatgrinder choked on the conversion. I uploaded my epub but they are still finding problems with it.

Draft2Digital also crashed at first, but the Chinese Word document finished converting fine (kudos to them). However, I set the language as “Chinese” and received the message that the book was rejected from Apple because they don’t support Chinese language.

So I changed the language to “English.” So far it has made it through to Barnes and Noble (click here to see it), although the title is messed up and the description didn’t make it. I’m still waiting to see if it shows up on Apple and Kobo.

But I shouldn’t have to cheat or manipulate settings to get a Chinese ebook into bookstores.

I’m being overly dramatic to prove a point, but please let me know if you find a reasonable answer for the current ban on Chinese language ebooks. Apple and Amazon are making publishing user-friendly, because it’s such an easy and profitable business. Let people publish books on your platform, sell the books, make some money. It’s automatic and doesn’t cost anything.

I can understand how navigating international tax laws could be difficult (so maybe it shouldn’t be easy for people living in China or Taiwan to self-publish on American platforms).

And I can understand how even operating or selling books in China could be difficult (even though Amazon has tons of goods going in and out of China, and Apple products are popular in China).

I understand that Taiwan for example has its own iTunes store that’s totally separate and they have a wider range of Chinese books.

But what about the almost 4 million Chinese people living in the USA, who are US citizens?

I’ve proven that Chinese ebooks are easy to make and work on iBooks and Kindle platforms.

All that’s needed is for Apple and Amazon to remove the red tape and allow authors to publish them.

I’m pretty sure they just haven’t yet because they don’t understand Chinese and they think publishing Chinese ebooks is difficult and complicated and they just haven’t wanted to mess with it or provide foreign language support (although – still, dozens of other languages are allow, which are far more obscure than Chinese.)

Which is why I’m letting them know with this article.

The only reason NOT to allow Chinese language ebooks, I assume, is because they just don’t care about Chinese people the same way they care about European people. If that isn’t true, please prove it by having a meeting and taking 5 minutes to add this simple feature to your platform (it doesn’t require any modification or customization – just the option to select “Chinese” as a language option).

I’m even willing to pay for it

I’m a US citizen who wants to publish tens of thousands of Chinese language ebooks, for a few dollars each. In a couple years I aim to sell over 1 million books, by aggressively growing our platform and advertising to Chinese speakers in Asia. Assuming Amazon or Apple makes around 30% of each sale, they should earn at least $300,000USD from me and my authors.

If that number is too low for them to take seriously, no big deal. I’ll make my own app and clients can just buy from my directly instead. My app will work just as well on everyone’s Kindle and iPad – I’ll just keep that extra $300,000 for myself. (I’ll probably do that later anyway… but in the beginning I’d be happy to just give it Amazon or Apple because they have already established platforms.)

Do you hate racism too?

For the record, I don’t actually believe Apple or Amazon are racist: but I think it’s unacceptable to refuse Chinese language ebooks while publishing ebooks in many other foreign languages. Chinese ebooks are no more complex to make than other languages, and though those characters may seem scary, that’s no reason to ban the world’s most-spoken language from the world’s biggest publishing platforms.

If you agree that this language-prohibition is bullshit, please help me get their attention by sharing this article!

PS) I may be completely wrong about all this. Maybe it’s really easy to publish Chinese language books if you have a mac and use iBooks Author. If you’ve published with iBooks Author and want to help me test out my Chinese ebooks, please get in touch.

Apple and Amazon, I would love to hear from you. Maybe you have some great explanations for refusing Chinese language ebooks (that I can’t fathom). Or maybe it’s really easy and I’m just crazy and mistaken, that’s possible. Let’s chat.